Though KYC Compliance had been introduced to many countries' financial institutions, it was taken more as best practise and not mandated. It was only after the 9/11 terrorist attacks on the twin towers in the America that it became a mandate for many countries. There were increased terrorist attacks and activities with the dawn of the new millennium. 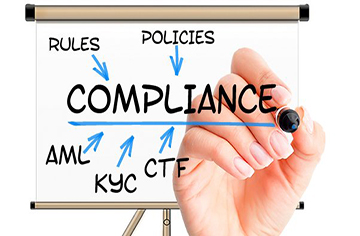 With Globalisation and improved communication in the world, the ills of society were unmasked. Corporate scandals which had reached new heights were also exposed. It was clear the role played by dirty money or laundered money was very influential in local and cross border crime and terrorism. The need to discourage and attempts to cut down these exploitations of the worldwide financial services and systems became most urgent.

KYC compliance did not originate with the coming into law of the USA Patriot Act which by President George W Bush signed in October 2001. Many financial services worldwide were already having some form of know your customer compliance mandates in place.

The need for due diligence and customer identifications checks were in place to mitigate operational risks and frauds while ensuring acceptable and consistent levels of service provision.