The development of the gas masks cannot be associated with any one name but can be traced back to early 1915 when the modern-day chemical warfare weapons started coming into play. However, the theory on which this particular device was structured can be further traced back to 1819 when the concepts of the modern-day defence respirators had already been evolving.

Augustus Siebe had found the helmet, with an air pump and tube structure. The crude devices again evolved into the discovery of 'Inhaler or lung protector'. Lewis Haslett patented this device in 1849. It is air-purifying respirator, which helps filter dust and ash particles from the air, before inhalation. Continue reading this article in order to find more about gas masks. 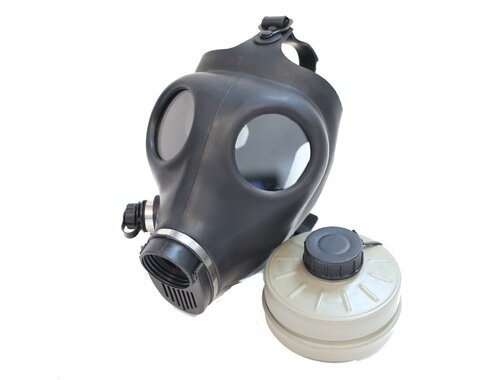 Regulateur was a new design, which was based on the same concept but was invented by Auguste Denayrouse and Benoit Reouquayrol. This was developed to help rescuers reach in to deep mines and save trapped miners.

The development of the gas mask in 1914 was courtesy Garrett Morgan whose developments on the device helped save 32 lives of people trapped in an underground tunnel over 250 feet below the Lake Erie. He patented his device as the Morgan Safety Hood and smoke protector.